Cleaned things out, and time to patch up some of the existing drywall.

The plan is to add another layer of drywall with GreenGlue in between.   I discovered that this room already had two layers of drywall already!  A full inch of gypsum board.  So adding another layer would just increase the mass to where I wanted it. 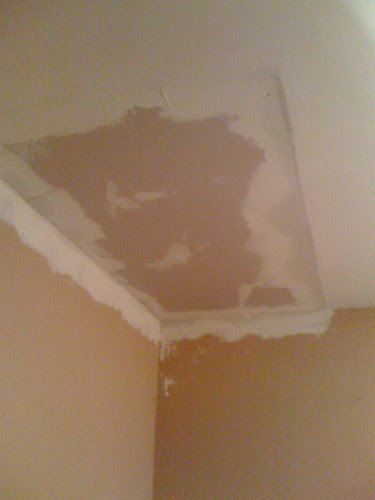 Patched a bad part of the ceiling... 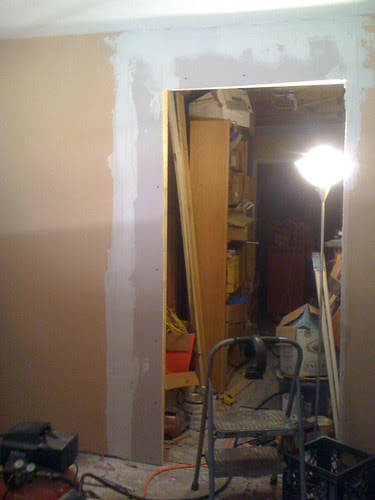 and framed out for the studio door.

One interesting thing was how they had installed the forced hot water system for heating.  The attached the backing plate to the raw studs, then put up the drywall.  So the house has been converted to GeoThermal with a air system.  All of the ductwork is silent fiberglass, so we can pull the old copper heating pipes.  BUT, that gave me one more area to patch... 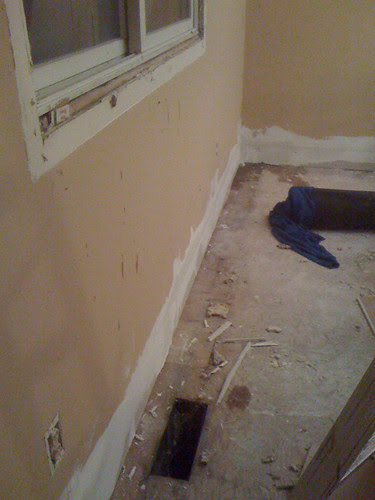 a lot of crawling around on the floor!