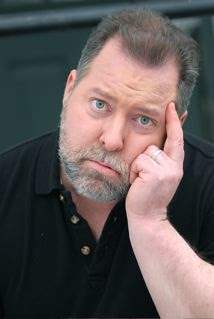 So the room sounds great. It really does. People walk in, we shut the door and there's a "Wow" factor. It's that cool.

You knew there was going to be a but, right?

The audio I was capturing, didn't sound 100%.  It was time to fine tune, get into the details of it.

The More You Listen

It's true, the more you listen, the more you hear. It was time to bring in a second set of ears and start tweaking some details. This is the hard stuff, you're ears much like your eyes will start to glaze over after a while due to fatigue. I brought in my brother-in-law Fred.

We could insert the usual "Brother-in-Law" jokes here, but I trust Fred and I trust his ears.  He's the Front Of House engineer (FOH) for Infinity Hall in Norfolk CT. (voted one of the best music venues) he takes care of his ears and if something sounds strange, he'll say so.

So I played what I was recording. It didn't sound bad, it just wasn't up to my standards. (me being all snobby...)

The first thing to test, was the microphone.  I used my road kit as a test bed. PreSonus USB into a MacBook Pro laptop using a Mike Joly modded Rode NT1a. Good clean sound. I then swapped out the Rode for my Neumann u87ai.

Different levels, the Rode had a much hotter signal, but overall, once you normalize both of them, they sounded the same. So the microphone was ok. We tested the cable, it checked out too.

Onto the preamp. My suspicion was that the vintage Mullard tube had given up the ghost. But we started with various settings and found in the headphones, that things sounded ok as well. We bypassed the preamp (ART MPA Gold with vintage tubes) and went straight into the Mackie mixer. That sounded fine too.

So what the heck was going on?

A little more tuning on the preamp found the HPF, high pass filter, was turned up more than it should. We basically turned that off and the Neumann sounded brighter. The next thing we noticed is that the Mackie's preamps were up a little, so we turned those off. Clearer.

But when listening through the Yamaha NS10s monitor speakers, it sounded like a phase issue. I double checked the wiring, ground to ground, hot to hot, no mistakes there. The cables all checked out. I use Hafler amps to power the Yamahas, and I pushed it from stereo to mono on the back of the amp and the sound changed.

It shouldn't have.  We were listening to a mono file, on one channel panned center. Telling the amp to be stereo or mono should have made no difference. A couple more pushes on that button and it cleaned up and sounded right.

DUST! Seriously. The dirty connection was causing a weird phase issue and canceling out some of the audio.

And we also retired my 30 year old AKG K240 headphones. When we compared them to a set of Sony MDR7505's... the AKG sounded like mud.  They had served me well, but time marches on.

At this point, it was wine-O-clock. The recordings sound better. I'm happier. Thanks Fred!