I have met Celia Siegel a couple of times and I've worked with her on my branding. Recently I purchased her book Voiceover Achiever, and decided it was time to focus my brand. 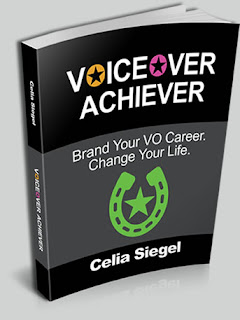 Here's the thing. I have known that I have a lack of focus for years. Too many things interest me! I'm like a kid in a candy store, distracted by shiny objects.

Man, have I heard that word before. In grade school, teachers would tell my mother, "If he would only focus, he would be an amazing student."

I'll get back to that.

So consider Celia's book a workbook. It's not an idle read, you have to do some work. Write down ideas and try to distill yourself down to the essence of what makes you, YOU.

The thing is, I believe that sometimes, you have to look outside of yourself to see yourself. If you look in a mirror, you only see that one angle. You don't see yourself as others see you.

Then I dropped those words into Wordle, and it took the common words, made them bigger. So I'm seen as a Trustworthy Creative Renaissance-Man, with a side of charisma as a loyal caring teddybear. 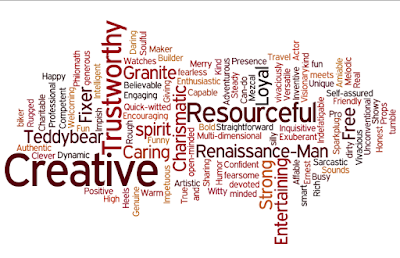 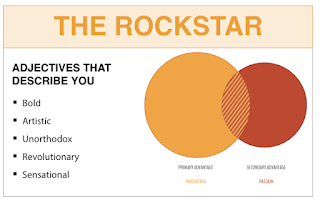 I took a quiz. I took the How to Fascinate quiz developed by Sally Hogshead. It told me, that, according to my responses to the quiz, I'm a Rockstar personality. (The results cost me just over $50 to get the full print out. But I'm considering that part of my marketing research.)

Well put that in your imposter syndrome pipe and smoke it!

So a little more research. And I keep coming back to images of things like Hemmingway, or Howard Hugues. Not the images of how they died, but how they lived. And a phrase kept coming back, over and over.

BRILLIANT! I have found an answer to what I've been struggling with. And it came through that word renaissance-man. Hemmingway, Hugues, and many others were jack of all trades, they dabbled in many things and were quite good at them. But they did FOCUS on one thing and mastered it. I'm allowed to be good at many things, as long as I can focus on being outstanding at one thing.

I'm an actor. I may be good at tech, fixing things, teaching and problem solving and all that, but the thing I ALWAYS find time for, even with my schedule, is acting. Voice, on-stage, commercial, film projects. It is what I put aside all other things to do. Directors do call me. I often don't audition. I'm good at it.

And to write that down feels wonderful to admit. (I can hear it now, Actors Anonymous, "Hi Monk!")

We're not done yet, but we're sharpening the spear. Getting to the point of boiling down to my 'essence' of what makes me, me. And what sets me apart from others. What makes me "brand-able"